I Didn't Know I Was a Conspiracy Theorist: What An Article About Christians Spreading Misinformation Taught Me about Myself 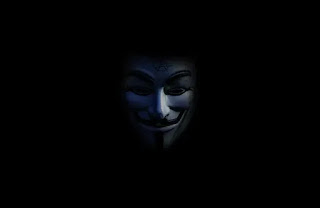 Just click the link below to read the article.


Why Your Christian Friends and Family Members Are So Easily Fooled by Conspiracy Theories
by: Joe Forrest


If you are anything like me, you feel irritatingly frustrated by the ever present fear-mongering conspiracy theories we now ingest into our mental diet. I was chuckling along with author Joe Forrest as he mentioned his successful sixth grade debate for a fake moon landing and then patting myself on the back for not falling for any of the other false claims he mentioned.  Forrest believes, rather than spending time dispelling falsehood, we can seek to understand why we fall for it in the first place. His assertion of the three main desires that cause us to be more prone to believe misinformation were like a mirror for me prior to beginning my journey into the Catholic Church:

1) We want to feel special (I wanted to be a part of the true Church),

2) We want to make sense of a chaotic world (I wanted to have all the answers to every theological idea and throw Mystery to the wind), and

3) We want to enjoy a feeling of excitement (which for me came in the form of "fighting" to reform all that has and is going wrong in Christianity today).

I had to admit it: I was a conspiracy theorist.

1) I believed my tribe was the true Church from the time of the Apostles with absolutely no evidence whatsoever aside from the fact that my professors at my "tribe's" school told me so.

2) I believed I could personally know Truth because my gut (often disguised by what I would call the Holy Spirit) told me so, because  I could infallibly determine the voice of God from my own opinions and preconceived notions.

And let's just say I didn't experience the meek and mild version of Jesus while He was doing it.

I may or may not have had myself an adult temper tantrum or two before I conceded. Ahem...

I knew it was bad when I shocked myself by going so far as to consider maintaining my belief system simply because it would be easier emotionally (and less dangerous for whatever device I was reading said facts on). Yikes!

As I have journeyed toward the Truth following those frustratingly indisputable facts, I have had to lay my pride, my fears, and my excitement to rectify aside. I won't lie: Giving up a conspiracy theory can make you feel like you are announcing to the world that you are just plain imbecilic. More so, AND THIS IS IMPORTANT, it can make others feel like you are calling them imbecilic. As Forrest says in his article,

"Most conspiracy theories are rotten at the core. It’s obvious they’re rooted in fear, insecurity, and loneliness."

Those are major pain buttons for all us, and we don't want them pressed!

It was frightening to realize that had fear kept me reading only the literature of my belief system, insecurity had made me doubt my ability to correctly analyze facts and overcome emotional obstacles, and loneliness had caused me to push down any doubt that I could be wrong for fear of losing so many precious relationships.

When Forrest goes on to say that "conspiracy theories aren’t harmless," I thought of the harm my bad theology had brought me, harm I hadn't recognized because I had chalked it up to not having enough faith or wisdom. We often genuinely feel our own closely-held conspiracies are actually helpful. I sure did. The more I learned from actual legitimate sources however, the more I realized mine had been not only unhelpful but downright detrimental to the work of Christ. I had promoted theology that ran counter to the teachings He had handed down to us through His Apostles. I had interpreted and taught things from Scripture that He never intended, fueling a continued rebellion against His Bride. I had slandered His Holy Body by spreading all kinds of completely false information....that I thought was all true, like the good conspiracy theorist I was.

I really hadn't done this intentionally. I was so convinced! I had read, and studied, and prayed. I felt at peace with God in every way. I wasn't even searching but just trying each day to live for Christ and learn more about Him through His Word and in prayer. I didn't think I was believing a theory; I thought I was rooted in the Truth.

Then, one of my friends told me she was leaving my truth.  She didn't say much about it to besides mentioning if I looked into it my mind would blown. And, oh, I looked into it. Fueled my pain buttons being pressed by a thumb with "You Could Be Wrong" tattooed on it, I checked under every stone and searched every dark corner trying to find the smoking gun that would bring my friend back into the fold.

Instead I found those stinkin' facts and got an ulcer in my stomach trying to figure out how in the world I was missing whatever it was I needed to prove those facts wrong. And I kept it a secret, not wanting to be looked down on for being so stupid as to question the status quo (which actually is not the status quo but the minority).

I went on to assess my relationship with God, step up my devotional time, confess and repent of every sin in my life I could root out. Finding myself in good standing with my most beloved and long-term Friend, my heart thought perhaps I could just remain "as is." Then I could keep my friends and Friend.

Forrest wrote an addendum to his article to help Christians refrain from "[looking] like idiots." I offer my own equivalent alternative for my situation below based on his recommendations:


How to Not Be Stuck in a Conspiracy Theory

I don't struggle intellectually with my conspiracy theory anymore, but the emotional struggle still clings fast to my heart. It turns out,

"Conspiracy theories are self-perpetuating rationalization machines. They eat facts, distort reality, and destroy relationships. And, by the time someone realizes they’re in too deep, it’s often too late to salvage a reality-based worldview (or the relationships of the people they isolated in the process) (Forrest)."

It goes the other way, too. Even if you can salvage reality, those relationships you made on the inside might not survive. But, by God's grace, any of us can recognize that fear, insecurity, and loneliness in order to sidestep jumping into another, however well-intentioned, scheme to distort the Truth. God help us.

As always, I positively LOVE any and all feedback. What do you think?


Resources I love on this subject:

The Apostasy That Wasn't (has a great biliography)

Catholic Answers (the world's largest database of answers about the beliefs and practices of the Catholic faith)
Posted by Casey Allison at 6:26 AM No comments:

Casey Allison
I began this blog in the early stages of marriage, motherhood, and ministry excited about what all the Lord was teaching me and what all He would do in the years to come. I'm now a bit older, and I find myself back in the States loving the ministry of motherhood. I'm wife to a good man, Chris (February 13, 2005), and mother to Maggie ('06), Melanie ('08), Marcus ('10), Matthew ('11), McKenna ('12), Melissa ('14), Merrick ('16), and sweet Marie Noelle ('19). We were missionaries in Cambodia from 2009-2019. This Easter, by the grace of God, I will be finally be entering into full communion with the Church Christ built. The richness of the Faith makes me feel young, so much like I felt all those years ago when I first landed in the Kingdom of Wonder with our new little family. Indeed, the "day" is still young, and He still has work for me to do.